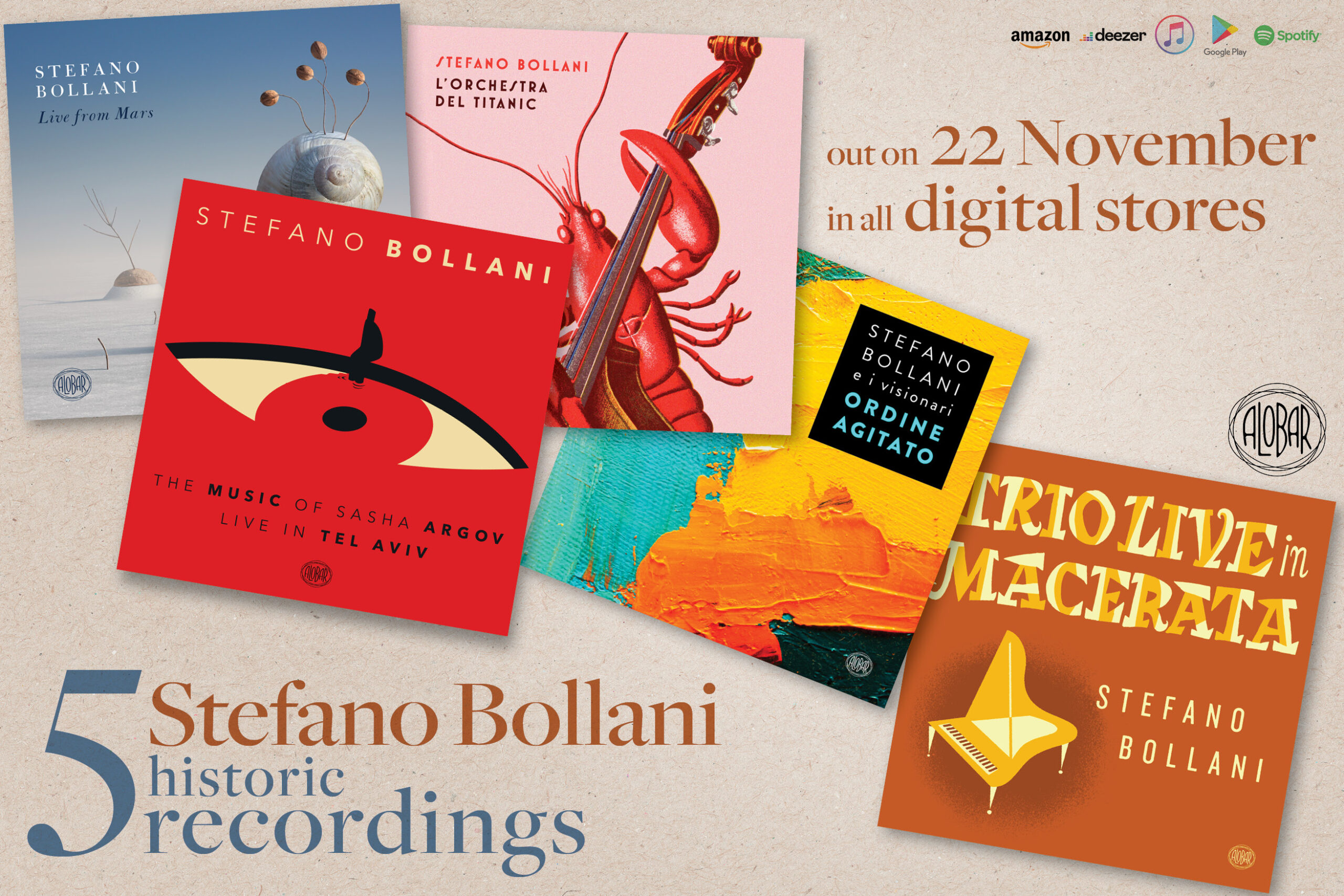 5 historic recordings by pianist-composer STEFANO BOLLANI out on 22nd November 219 in all major digital stores!

A handful of successful recordings by Stefano Bollani will be available on all major digital platforms for the first time from 22nd November on: “Live Trio Macerata” (2006), a powerful live recording by his historic trio featuring bassist Ares Tavolazzi and drummer Walter Paoli; “Ordine Agitato” (2008), a rich album of Bollani’s and his band ‘i Visionari’, consisting of tunes composed (but not used) for the soundtrack of A. Grimaldi’s film Quiet Chaos; the solo live album “Live From Mars” (2016) with Bollani ingeniously exploring legendary territories from David Bowie, Michael Jackson to James Brown; “The Music Of Sasha Argov” (2009), a unique concert of an outstanding band of his playing revered Israeli composer Sasha Argov’s vivid melodies with compelling energy, recorded at the Royal Opera House of Tel Aviv; and “L’Orchestra del Titanic” (1999), Bollani’s very first album as a leader, remastered on its 20th anniversary and with three inedited bonus tracks!

The digital release of the five albums on Bollani’s label Alobar represent a grand occasion to re-discover some of the jewels of his back catalogue.