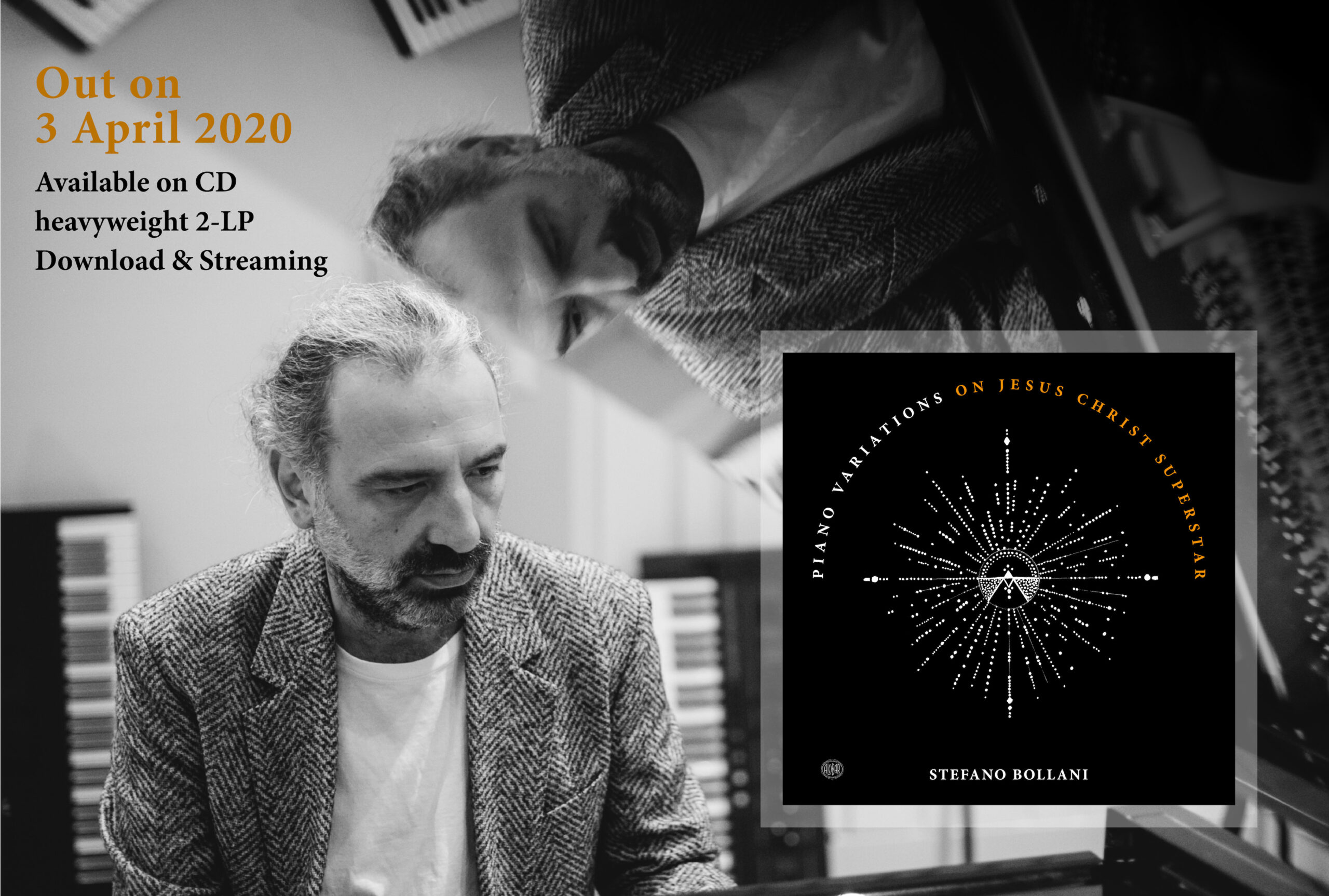 The 2-LP heavyweight 180g vinyl edition comes in an elegant high-quality Gatefold packaging with polylined innersleeves, and the CD edition in an exquisite 6-side DigiSleeve with an 8-page booklet. Both editions contain liner notes by John Higgs and drawings and a photo by Valentina Cenni.

Bollani wanted his version of Jesus Christ Superstar to be completely different from whatever Broadway or London production. So he decided: “I’ll choose the piano solo formula, because it’s a love affair between myself and this music.” He only sings one song, “Superstar”; the rest of the album is instrumental.

Bollani, grateful for the exceptional permission granted to him to re-interpret the cult opera, has freely but respectfully approached and improvised on the original songs by following his own playful wit, informed by the musical traditions, genres, styles and encounters that have influenced him and shaped what is considered his very own idiom. For his version of Jesus Christ Superstar Stefano Bollani wanted a warm, mellow, profound, dense and clear piano sound that could best vehicle the profound and archaic emotions and extreme unanswered questions raised by the original work.

Hence the piano tuned at 432 Hz, which has allowed him to express the warmth and profundity of Lloyd Webber & Rice’s strong and round film characters.

An exceptional piece of jazz virtuosity driven by a transformational childhood memory, this is a bountiful celebration of a great Italian artist’s love of music’s life-affirming powers, too.
“The Guardian” 3 April 2020, John Fordham (CD of the month)

The regard and understanding Bollani has for these tunes is abundantly evident in his improvisations, sometimes passionate, sometimes elegant, always respectful and cogent.
“BBC Music Magazine” June 2020

Bollani, inspired and concentrated, plays sparkingly, brilliantly, but without overdoing ornamenting. His interpretation does not hide the original, but develops new formal beauty. A true listening pleasure.
“Stereoplay” 6/2020, Ralf Dombrowski (Jazz CD of the month)

Endowed with an impressive sense of rhythm and a masterly touch, Stefano Bollani is here at his technical and musical best, hopping from being intensely lyrical to comical. No less was needed to resurrect that Jesus.
“Jazz Magazine” June 2020, Vincent Cotro (‘CHOC’ – CD of the month)

He’s turned his youthful love of Jesus Christ Superstar on its ear with as much daring as adoration. Bravo, maestro.
“JazzTimes” August 2020