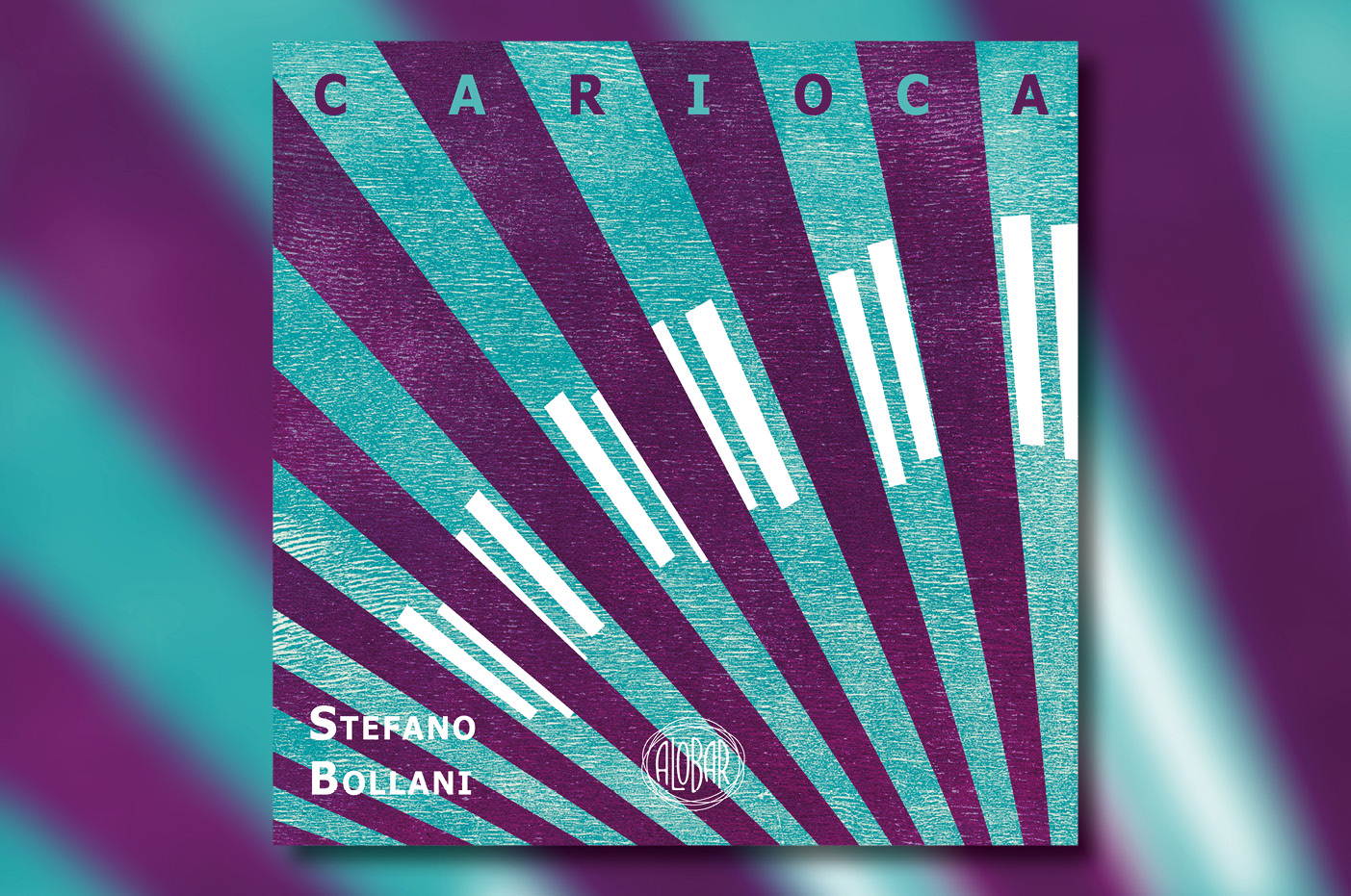 Internationally acclaimed pianist-composer Stefano Bollani’s Gold Record awarded album CARIOCA will be available again in all digital stores from 27th November 2020 (AL1008), with a new cover created by artist Umberto Giovannini; an album with 13 studio tracks recorded in Rio de Janeiro in 2006, and 3 tracks captured live in Italy in 2008.

Originally released in 2008, CARIOCA represents Bollani’s enormous love for Brazilian music; the album is a true cornucopia of samba & choro & joy, consisting of famous tunes by master authors such as Pixinguinha, Ernesto Nazareth and Chico Buarque, and less known jewels of the huge “carioca” repertoire.

For this joyful album CARIOCA Bollani called outstanding musicians: the Brazilian group made of Marco Pereira on guitar, Jorge Helder on double bass, Jurim Moreira on drums and percussionist, Armando Marçal on percussions, with Italian reedmen Nico Gori on clarinets and Mirko Guerrini on tenor sax, and Brazilian soprano sax player Zé Nogueira featuring on some tracks, and also with special singing guests Mônica Salmaso and Rénato from Brazil.

With CARIOCA it was the first time for Bollani to really seriously and deeply delve into the incredibly rich world of samba and choro music. Bollani cleverly arranged the tunes, but also allowed lots of space for impromptu improvisations in both solo and collective passages.

CARIOCA, to be digitally released on Bollani’s label Alobar on 27th November 2020 (AL1008), can be considered the starting point for Bollani’s album QUE BOM (AL1001), published on Alobar as double LP, CD and in digital form in 2018, mainly consisting of Bollani’s own compositions inspired by the vast Brazilian music culture, and with special guests such Caetano Veloso and João Bosco.