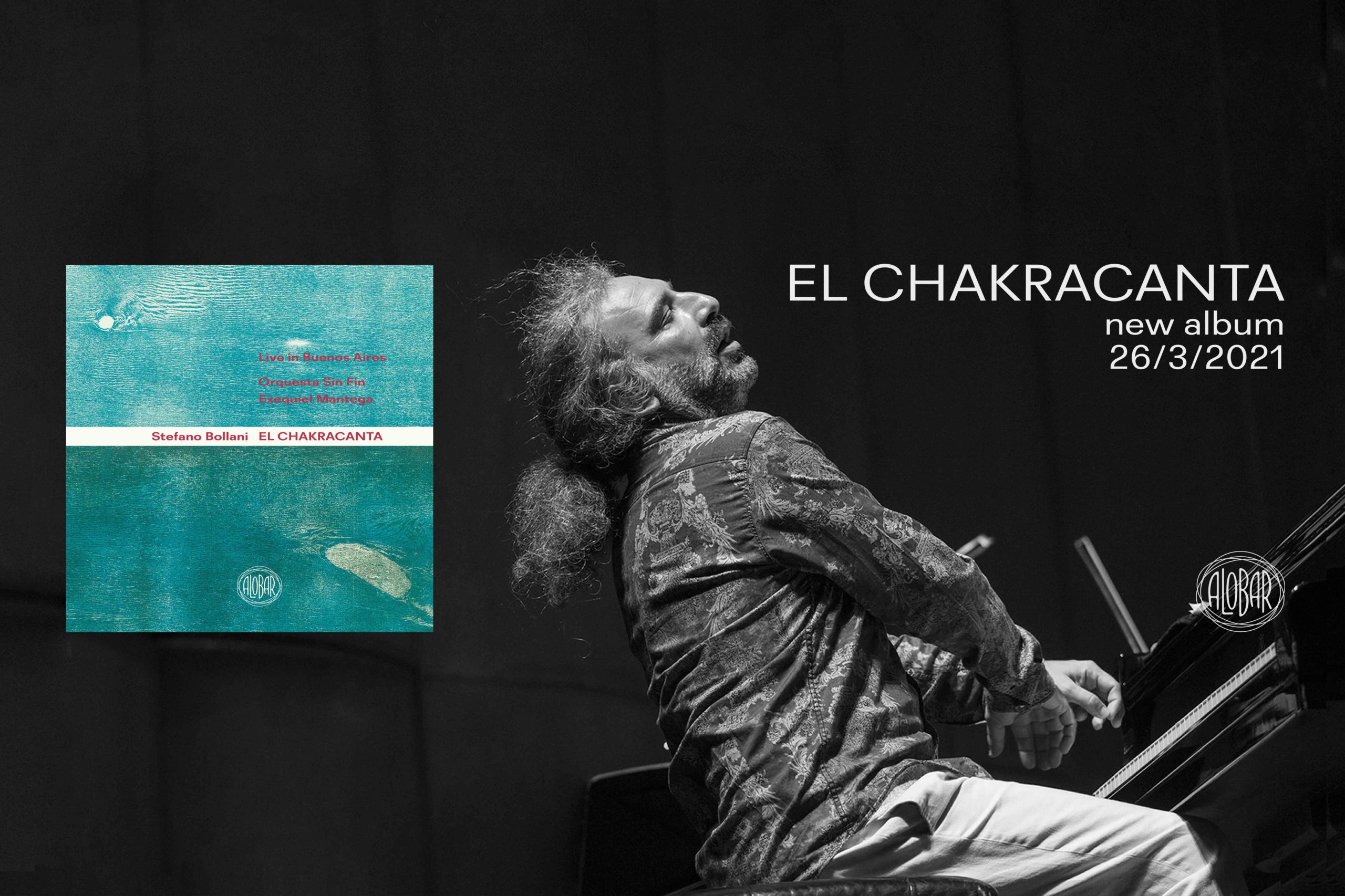 El Chakracanta, Stefano Bollani’s new dynamic live album with two original works of his for piano and orchestra and two tangos by Ástor Piazzolla and Horacio Salgán, will be internationally released by Bollani’s label ALOBAR on 26th March 2021.

Bollani’s “Concerto Azzurro” (2017) and “Concerto Verde” (2019), each classically structured in four movements of distinct character of melody and rhythm, are informed by Bollani’s jazz genius, favouring moments that disobey the rules that demand that a pianist shall stick to the rigorously immutable score.

Both concertos were recorded live in Buenos Aires: “Azzurro” at Centro Cultural Kirchner on 17th June 2018; and “Verde”, next to Piazzolla’s “Libertango” and Salgán’s “Don Agustin Bardi”, at Teatro Coliseo on 19th June 2019. With Bollani (piano) and the Orquesta Sin Fin, directed by Exequiel Mantega.

The CD comes in an exquisite 6-side DigiSleeve with an 8-page booklet graphically designed by Italian artist Umberto Giovannini.

PRE-ORDER NOW
SAVE IT NOW ON SPOTIFY