Italian pianist-composer Stefano Bollani considers music a fun game to be re-invented time after time, and he has played the ever-changing game improvising in the moment with his different bands and with great artists like Richard Galliano, Bill Frisell, Paul Motian, Chick Corea, Hamilton de Holanda, Caetano Veloso, Hector Zazou, Chucho Valdés and his noble mentor Enrico Rava. The essence of Bollani’s comic wit, joyous spirit and versatile music making, though, is maybe best revealed when he performs solo. No wonder that his solo performances are the most popular of his concerts: for that is when his freedom is total, when Bollani’s quality as merry entertainer has a central role, when his audiences are involved the most. He takes in their mood at each concert, and loves to entertain and surprise them – and himself. He lets Music (and the audience) drive him in the concert flow, mesmerising his listeners, whisking from being lyrical to comical, extemporising, de- and re-constructing melodies from a seemingly endless repertoire ranging from popular Italian songs, American jazz classics, Brazilian and other South American tunes, Italian opera arias, classical 20th century works to his own compositions. The highlight of these solo shows is the finale when Bollani asks the audience to name ten titles they would like him to perform. He scribbles the titles on a piece of paper, smiles and lets go to instantly create an impromptu jukebox-like medley, interlacing the often completely incongruous music material with such natural ease as if the disparate tunes had always been meant to be performed together. And Bollani is enjoying the game. 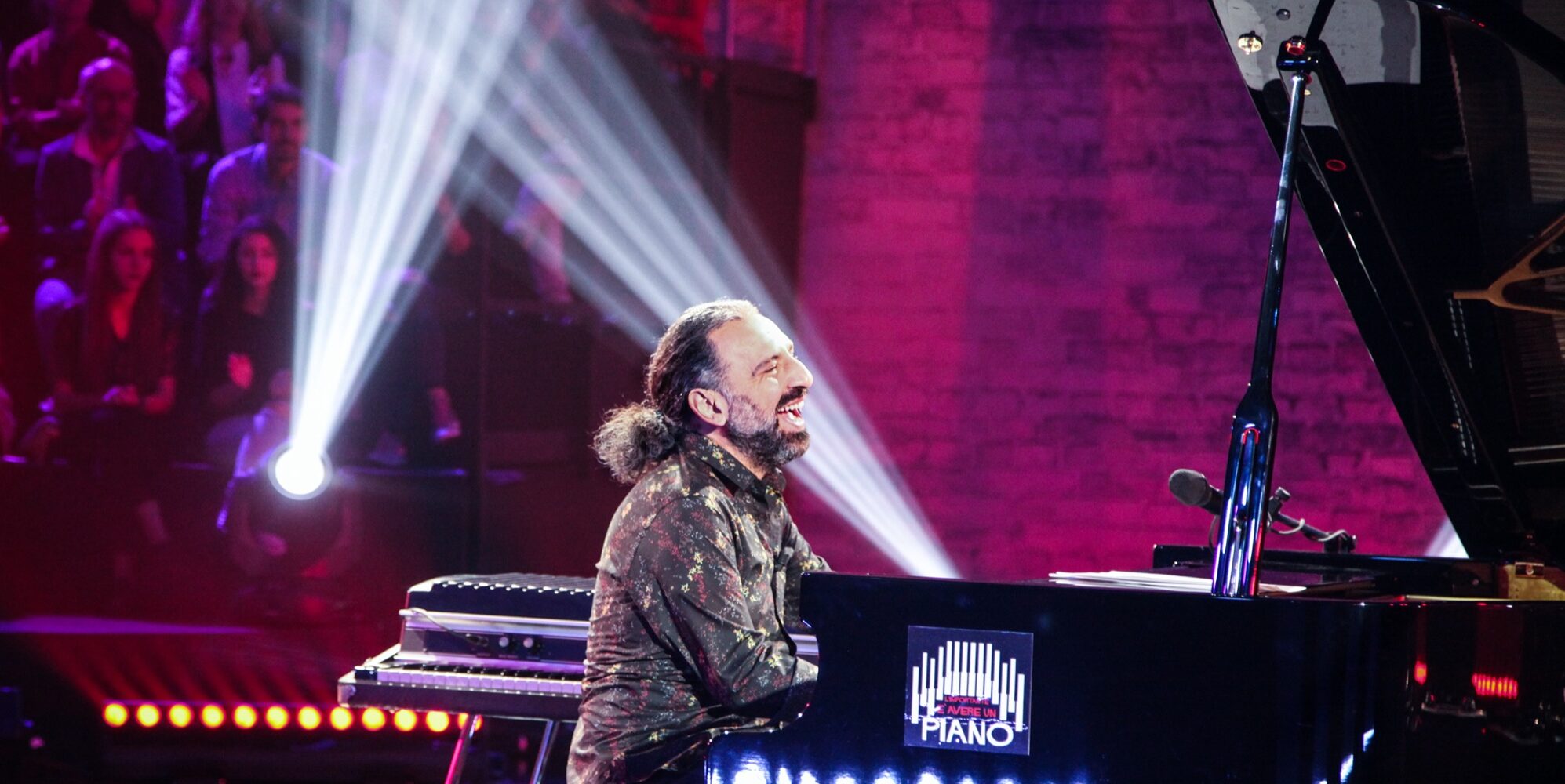